We have put together a select team of 8 people to complete a challenge we have called the 5 Plus 1 Peaks Challenge. We are looking to raise a minimum of £5,000 for the Fire Fighters charity, but are hoping to exceed that amount with your help.

The challenge will be completed over 4 days where we will constantly be on the move. Our plan is for us to travel by minibus to our mountains then start hiking. At present, there is only going to be the opportunity to recharge our batteries and rest our aching joints on one night which will be the third night of our journey. We are all aware it is going to be hard going with little sleep.

Your help in donating to this worthwhile cause, the Fire Fighters charity will enable us to hit and hopefully exceed our target whilst also knowing we have your support to achieve our own physical and mental target to climb the 5 Plus 1 Peaks Challenge 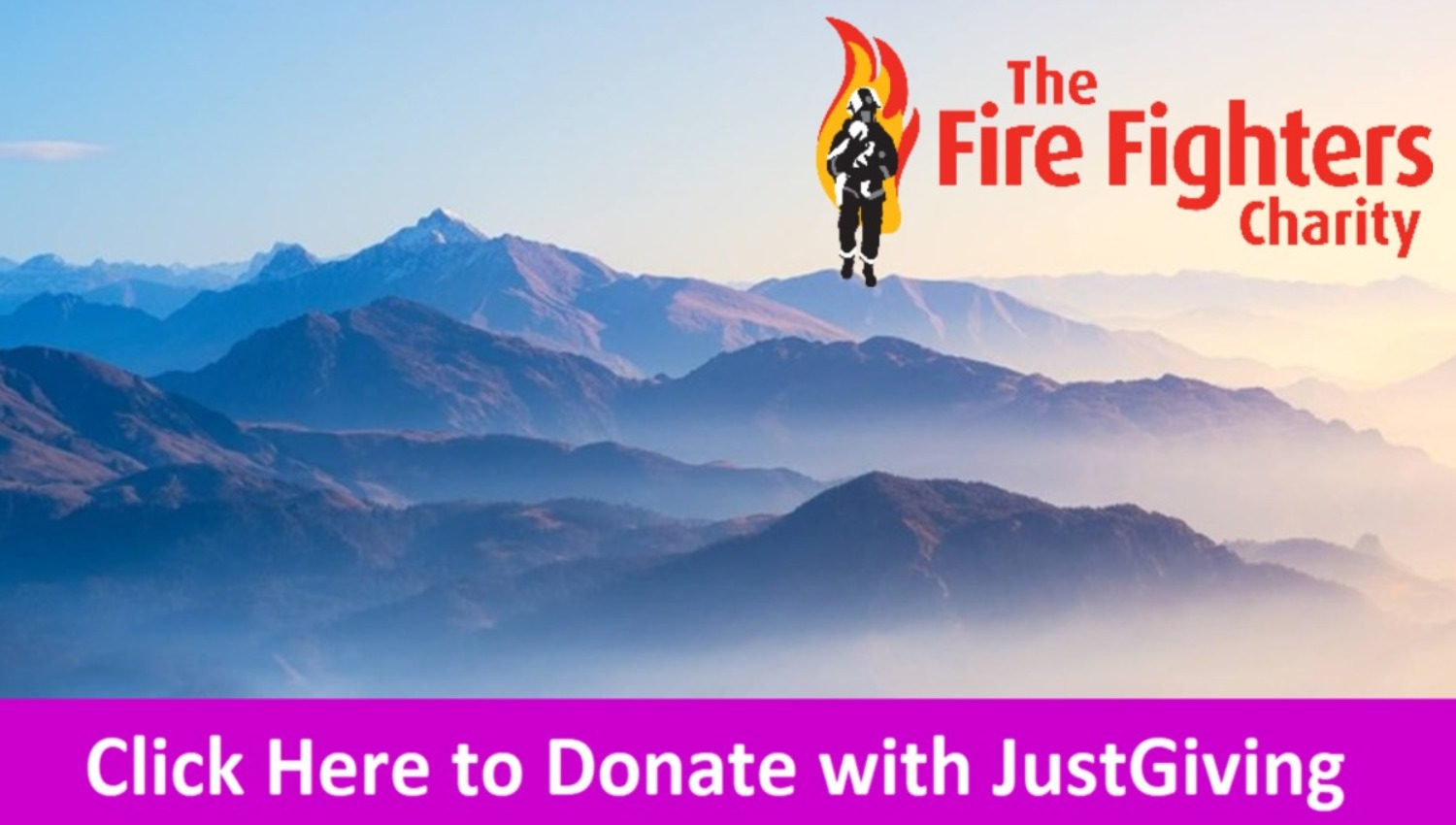 What's involved with the 5 Plus 1 Peaks Challenge

Our Itinerary is below

The first peak of our 5 Plus 1 Peaks Challenge will be Snowdon in Wales, which is the highest peak in Wales at (1,085m), as well as Wales being the starting point it will also be the finishing line at Moel Siabod

Once we have completed Snowdon we will all jump into the same minibus and then travel together as a team from that point onwards until the finish, the next stop of the trip is Scafell Pike which is the highest peak in England at (978m)

Once we have completed Scafell Pike, then it is straight back into the minibus and off to Ben Nevis, which is the highest peak in Scotland and also the UK standing at (1,345m). 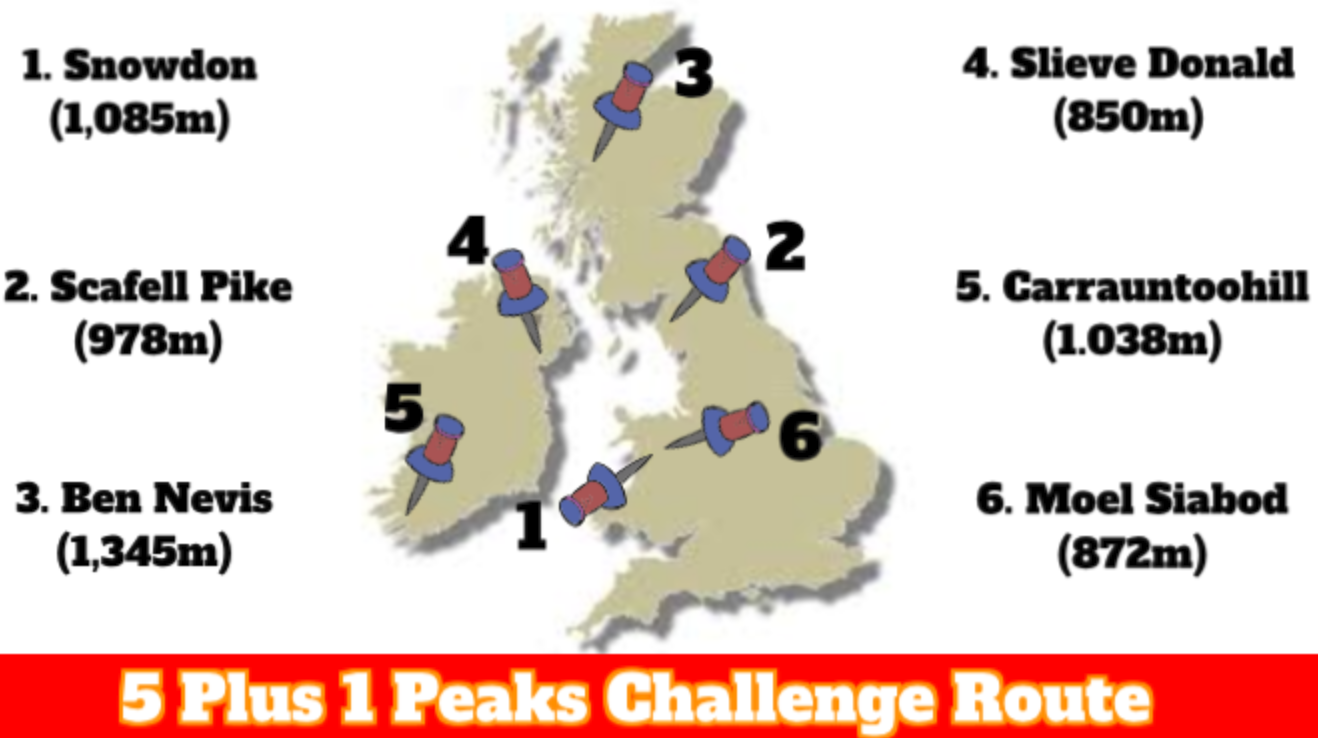 After we have completed the 3 national peaks challenge, which is an amazing challenge to complete on its own. We will then have a night off to relax and have a shower, which will be well needed by then, it will also be great to get anyway from the minibus from a night, which by now is our home from home (well something like that anyway)

Once we have completed the first of the 5 peaks, I think you will agree we all deserve a night off and to stay in a hotel for the night, to drag ourselves away from staying in the minibus, plus to have a good shower (which will be needed), and maybe a glass of Guinness (as when in Ireland)

After a good night's sleep and our batteries recharged it's back in the minibus to head back to Wales to complete our final peak, which will be Moel Siabod at (872m) and also the finishing line

In total when we will have completed the 5 Plus 1 Peaks Challenge as a team. We will have covered a distance of 74km and climbed a total of 6,168m, which is higher than Mount Kilimanjaro. But our greatest achievement we hope will be exceeding our £5.000 target for the Fire fighter's charity.

Follow us on Facebook and stay up to date with all of our latest team news, videos, and pictures, plus live videos when we are on the challenge 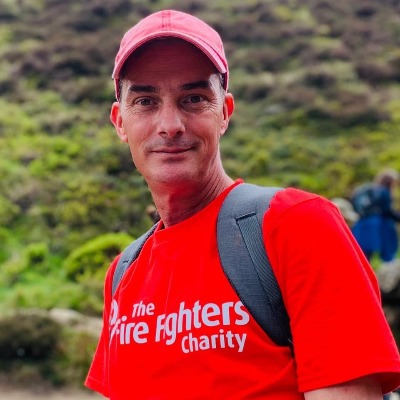 Craig's reason for doing the Challenge

I’ve been supporting the Fire Fighters Charity for a long time. From being in the fire service I have seen first hand why this charity is needed for supporting both our colleagues and their family’s. Many people have told me that they did not even know about the charity. The work done by the three centers around the UK is incredible with supporting our injured fire service personnel, through physio rehabilitation to counseling for mental health. The Fire Fighters Charity centers do not get any government-funding and rely purely on donations through fundraising.

I was due to climb Kilimanjaro this year to raise money, but due to what is happening that is not possible this year. Due to this I decided to put together a team of 10 to go higher than Kilimanjaro but in the UK and Ireland.

Jonathan's reason for doing the Challenge

I spent some time in the retained Fire Service for Northamptonshire but had to leave sadly for personal reasons. The Fire Service has always meant a great deal to me, and they are the unsung heroes in my eyes and a service that gets forgotten about, but is always there for whenever you need them, so when Craig asked me if I wanted to join the team I jumped at the chance, my only concern at first was that I am also doing the great north run in the same week, but it's always good to challenge yourself and what a better reason to do it then for this charity. 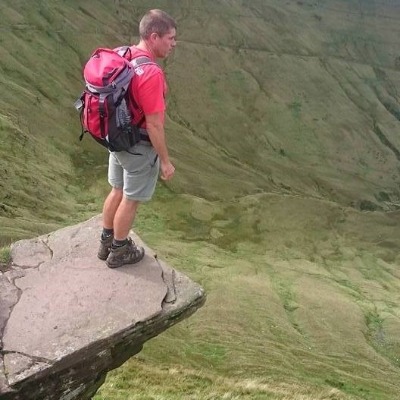 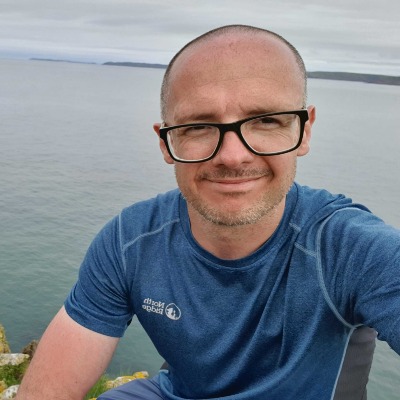 Paul's reason for doing the Challenge

Aside from the two great wars, I believe that our blue light services have been under more pressure in the last decade than at any other time in their history. The Fire Service often goes unnoticed in the work that they do, and deserve more support than they have had in recent years. I’m taking part in this challenge to help ensure that the members of the fire service, active and retired, can access the much needed mental, physical, and social support through The Fire Fighters Charity. Plus, I like a decent walk and have a catalogue of long distance walks under my belt.

Chris's reason for doing the Challenge

The chance to give something back to an amazing cause which is perhaps often overlooked, especially in the current times for all of the hard work that they do everyday. I love to get out into the mountains as often as possible, usually solo but this is a great opportunity to get together with some like-minded people and to do something worthwhile, and it's an event that I feel very privileged to be a part of. 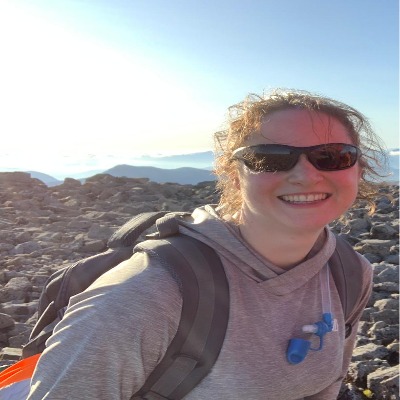 Likes: Spiderman, Marvel & DC Films, plus I help out at The Super Heroes Group at Comic-Con Events

Sinead's reason for doing the Challenge

Firefighters have an incredibly tough and often traumatic job. They do it to look after us, so I want to give something back and look after them and the families of these brave men and women.

You just can't beat the camaraderie among a good team when you're all helping each other get through it while you all suffer together and I love having a challenge to keep myself motivated to stay fit. Doing challenges like these also creates amazing memories and you often make life-long friends.

Vince's reason for doing the Challenge

My reasons for why I'm participating is to help all the Heroes that I work with & show that when times are hard we can get through this together, also The Firefighters Charity help me recover with an injury a few years ago.

Each team member £500 or more, if you wish to donate i would be very grateful & Thankyou ((HUGS))

Favourite food: The list is endless, but let's start with Marmite. 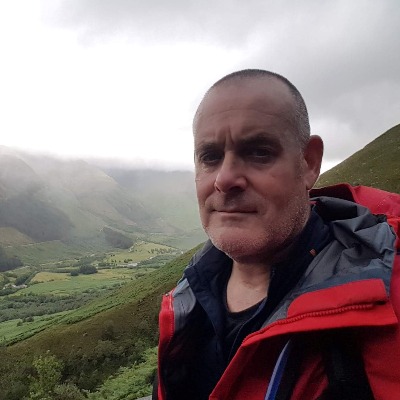 Darren's reason for doing the Challenge

The reason for doing this challenge is because being a member of the HM Forces, I have worked with the Emergency Services in the past. I know a few people in the Fire Service and also have a close friend who along with everyone else do an amazing job. I also hear firsthand what shouts have happened and the outcomes being either good or bad which is always sad to hear.

I have only just found out that the Fire Fighters Charity depends on donations from the general public and does not get any help from any of the other departments including the Government. I thought as I enjoy a good challenge and also a love for the great outdoors then why not give something back. This is an amazing worthwhile cause and even more so in the present time.

What was meant to be a photo shoot for the 5 Plus 1 Peaks Challenge with one of our sponsors JKS UK in Corby, Northamptonshire turned out to be roadside assistance, because as we were getting the below photo's taken a car ran out of fuel where we were stood, at first we all thought he had just stalled it, but it turned out the guy had just picked it up and ran out of fuel right in front of 4 helpful guys

With our Fire Fighters Charity t-shirts on we can to the rescue and offered to push his car to the petrol station, which as you would think he was very grateful and once he had sorted his fuel he came back to get a photo with us, (view the photo's below)

Not only are we doing the 5 Plus 1 Peaks Challenge, but we are also offering roadside assistance now....

Proud Sponsors the 5 Plus 1 Peaks Challenge

We have listed below our main sponsors for the 5 Plus 1 Peaks Challenge, which includes JKS UK Ltd for all of your construction and outdoor products, RockLeigh tree surgery and landscape maintenance, and Let's Go Out for all of your days out and activities across the UK, plus as well as being one of the sponsors one of our team will also be taking part in the Crazy Challenge over 4 days, we have also listed below the other sponsors for the fantastic event and challenge

Help us to hit our team target of £5,000 for the Fire Fighters Charity by donating whatever you can, as every little will help us towards hitting this amazing target for an amazing charity that only relies on people like us going crazy events.

Thank you from all of the team of the 5 Plus 1 Peaks Challenge for taking the time to read our page for raising money for the Fire Fighters Charity and donating whatever you can afford and in return, we will give it 100% for us all to complete this huge achievement by completing the 6 highest peaks in the United Kingdom and Ireland

If you have any questions for our amazing team, or if you would like to sponsor our team to include your company logo on this website page, please email [email protected] and one of our team will get back to you as soon as possible

The 5 Plus 1 Peaks Challenge Team